In my travels, photographing most of the American IGP/Mondioring National championships and the WUSV, I have photographed more than 50 working championships.  I lead with this because it has provided me the privilege of being on field with a lot of judges.   I have observed how difficult a judge’s job is and am convinced working dog judges are exceptional people who give back more to the sport than they take.  They are held to the highest standard and are given no room for error.  It's a rough job, inevitably there will be someone at every event that disagrees with the judge and has no problem telling them so.  They take time away from their own training and family, for the benefit of the sport.  I respect and admire them for their commitment and generosity.

Of the judges I have observed, all special in their own right, Pierre Wahlström stands out.  He earned my immediate respect with his keen eye and knowledge of the rules, but soon had me looking forward to each critique as the trial evolved.  I learned, laughed and enjoyed his commentaries after each performance.  Competitors would hear their critiques and leave with better understanding of what to work on, even when the scores were not what they hoped for.  I was fascinated to know more about this judge. 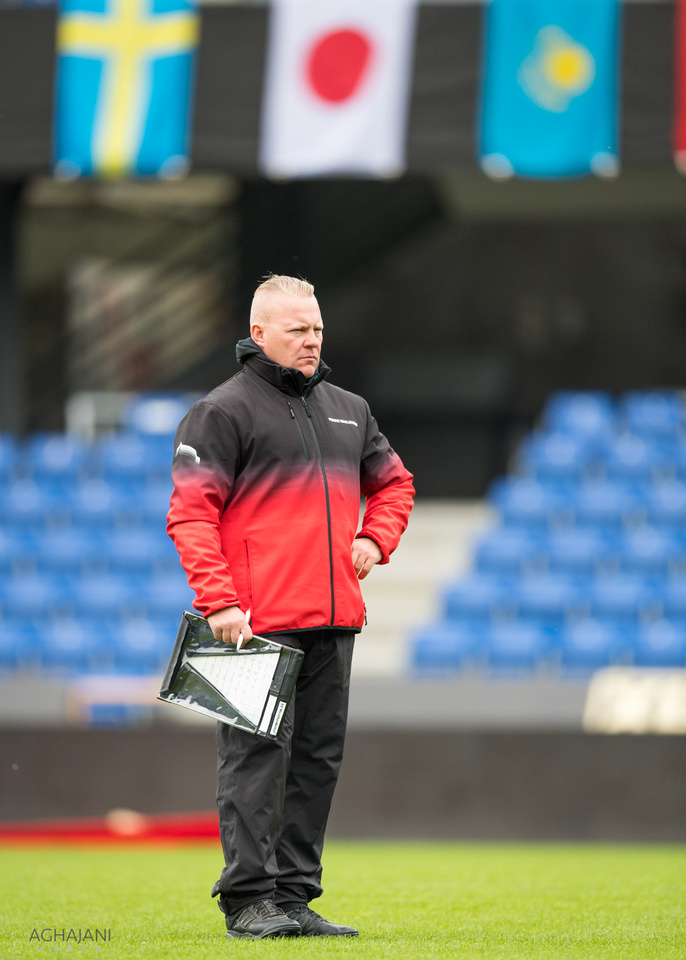 For anyone not familiar with Pierre Wahlström, a brief summary of his working dog accomplishments is in order:

I first met Pierre in 2017 at the USCA New England IGP Regionals in Merrimack, NH. He was judging the obedience and protection phases. I had the chance to chat with him during the Judge’s Dinner and while sharing a ride to the airport.  A month later we met again at the 2017 WUSV World Championship in Tilburg, NL, where he was Assistant Obedience Judge and I was a photographer.

Pierre was raised in a working dog family, but his first passion was wrestling.  He was a competitive wrestler in school, and competed on the Swedish National Team.  His working dog exposure overlapped his school wrestling career but it would not be long before the dog passion would eclipse everything.  His main influence came from his father, Jan Walström.  Jan was passionate about GSDs and trained scent detection, bomb and service dogs. In Sweden, most service dogs live in the house with their handler, as a pet would.  He had his first working dog in his mid-teens and at the age of 19 he earned his first top level Schutzhund title (equivalent to what is now IGP3). The fire was lit and in an amazing journey, he had become a WUSV World Champion within 7 years! 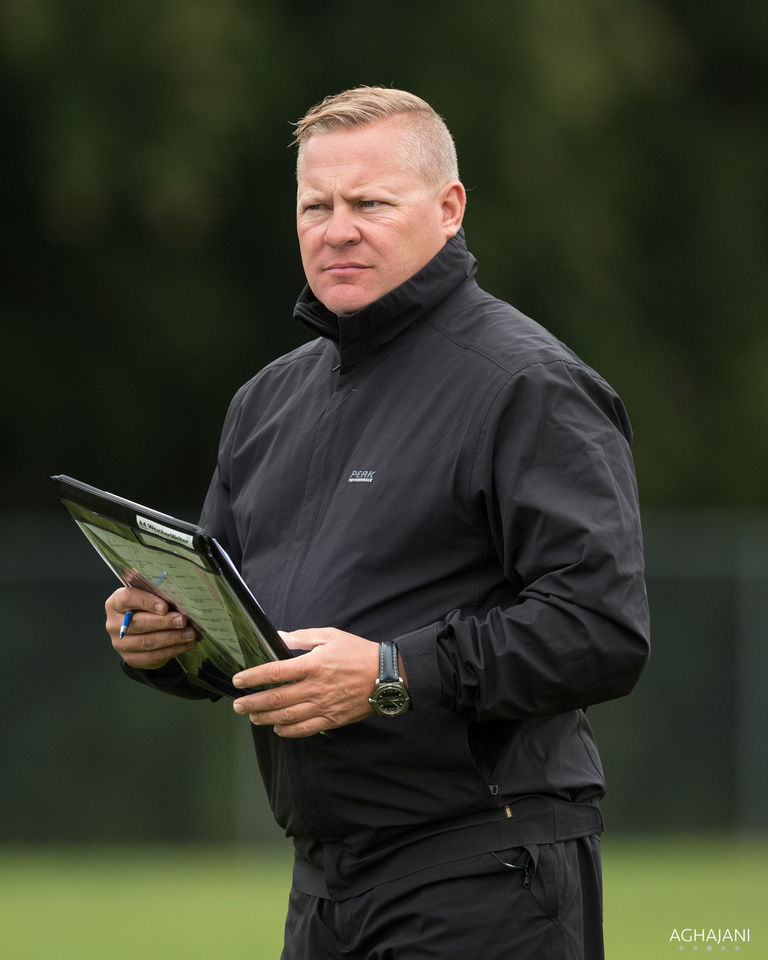 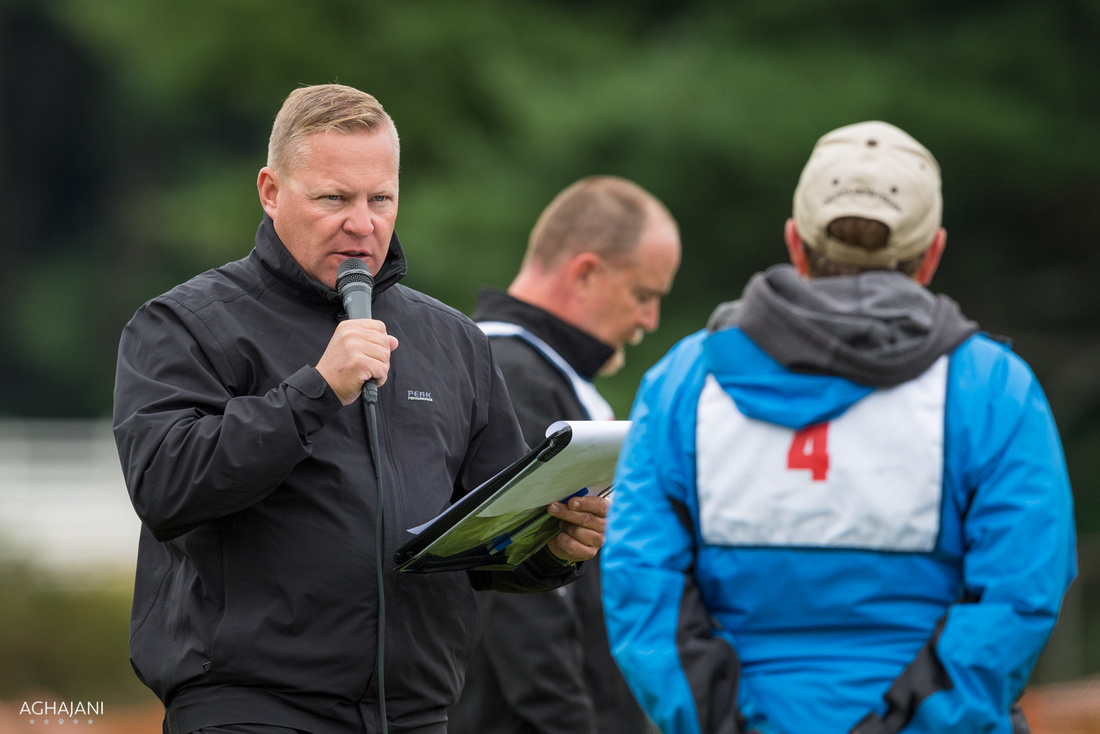 In the nineties, IGP in Sweden was going through somewhat of a training awakening. Sweden had never fielded a national IGP team.  In 1999 they fielded their first ever world team, of which Pierre was a member, and the next year they earned top scoring team.  This team had aspirations to shape and modernize training in Sweden.  The teams vision was a primary motivator too, for four of the national team members to strive to become FCI Judges. Pierre went on to be selected for world championships for the FCI, WUSV and FMBB - seven times in all.

Pierre has been in the Swedish Military for 30 years. He spent two years with the Air Force before becoming a K9 handler, followed by K9 trainer in the Military.  He is now head of K9 testing and evaluation for the Swedish military.  Their testing program is the only one of its kind and has put more than 3,000 dogs through the program. 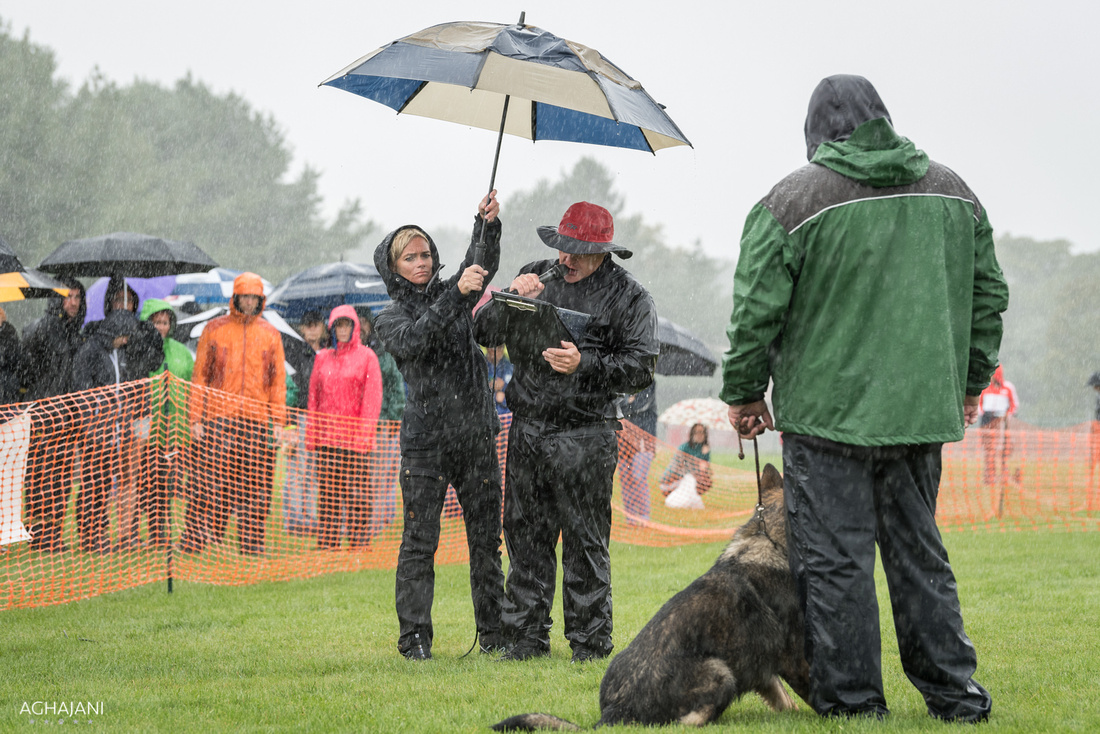 IPG is an all season activity. Pierre Wahlström with Jennifer Marschausen braving the elements during protection phase 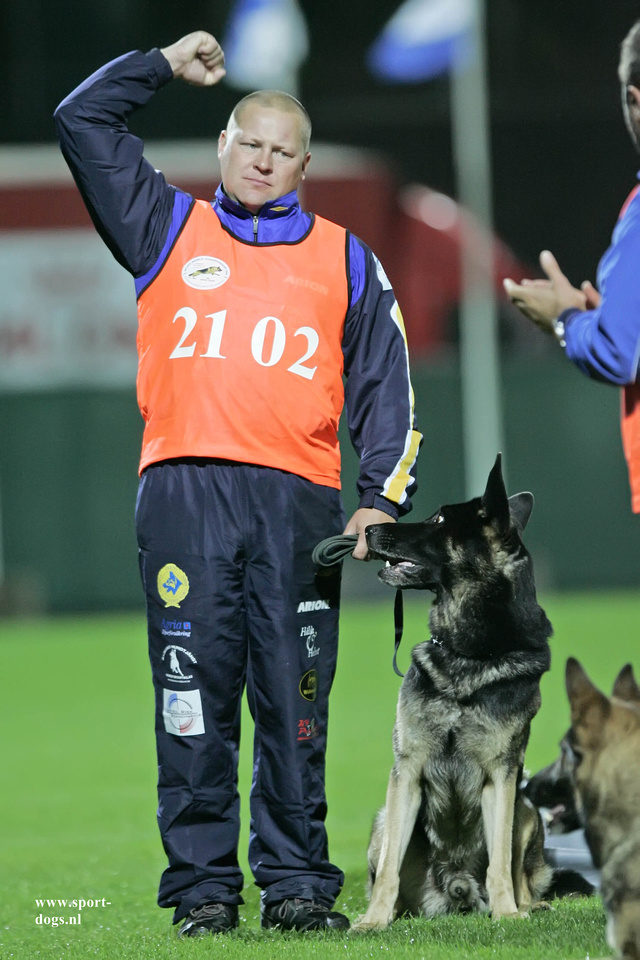 I asked Pierre to tell me what his thought process was that made his critiques so riveting.  I already knew that he is exceptionally articulate and intelligent, in addition to being a subject expert.  While impressive, these attributes are common with many top judges.  He explained that it is not a judge’s purpose to explain what the team did during the exercise, everyone already observed that.  He prefers adjectives, rather than nouns, and likes to think of the critique as feedback.  On the sensitive topic of points, he had a remarkably clear perspective that points do not matter, rather it’s the ranking that counts, and that it’s natural for championships to be scored more discriminately because the difference between top level dogs is very close.   I recalled how he explained that one dog in particular cleared the 1M hurdle with hind legs extended, and how this was revealing of genetic balance between drives as well as good technique.  It was at this moment I noticed his critiques were not the normal variety.  He had my attention.   In another instance, he joked that the subtle cueing which one competitor used were very good, but that the judge also knows these tricks. These commentaries, delivered with a kind and respectful tone, made it one of the most enjoyable championships I have seen.

When answering a question to what advice he would give a novice handler, Pierre paused for a moment and gave thoughtful response.  He said dog sport participants are passionate by nature.  It’s a key ingredient in the sport.  This passion can sometimes bring out some of the unfavorable traits in people with comments and energy which may detract from the sport, or worse, dishearten a young handler.  His advice would be not to let people discourage you from your goals.  It takes courage, commitment and belief in your dog and yourself to step into the ring, and not to let comments of others pull you back from your dream. 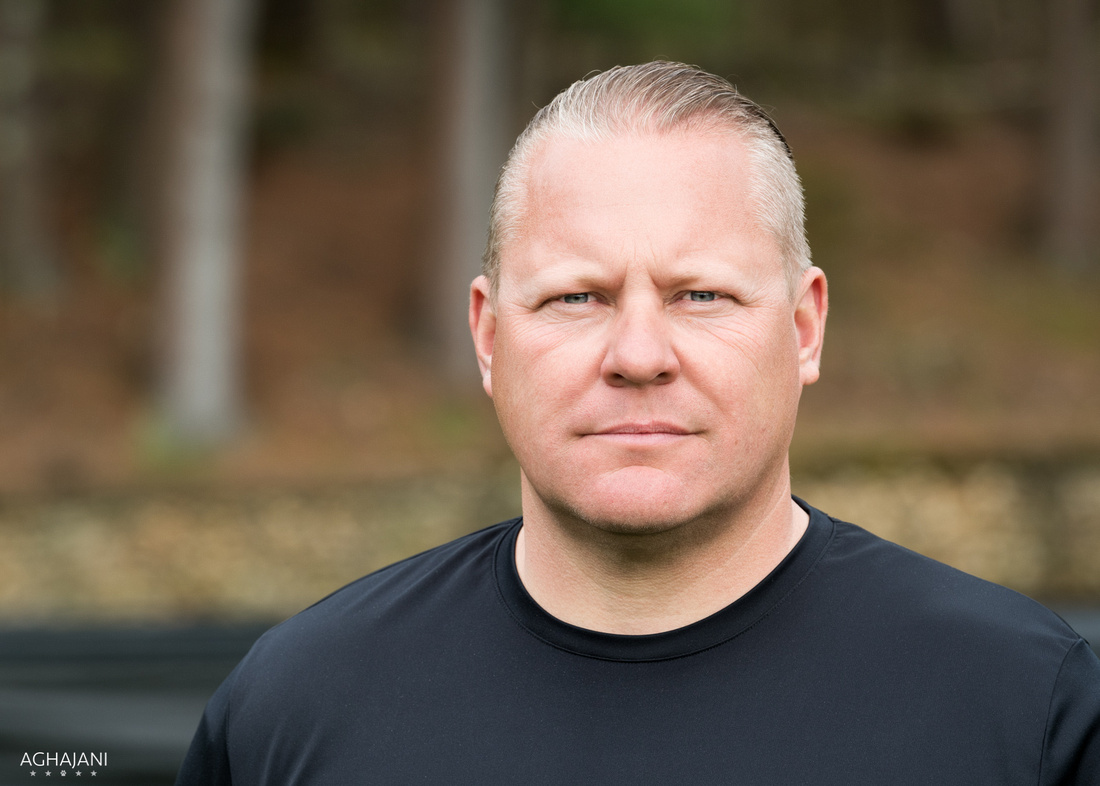 Meeting Pierre was like making an unexpected discovery.   Once one experiences his passion, understanding of dogs and his overall vibrations, you are left smiling.  He is an exceptional character in the dog world.  Pierre will judge the obedience phase at the 2019 WUSV World Championship this year in Modena, Italy. I will be shooting this event and am very much looking forward to Pierre Wahlstrom’s judging critiques.

rush my essay reviews(non-registered)
Adalynn is a marvelously astounding and charming youth and you have gotten the declared excitement of this infant kid young adult youngster in your taken photos. A trace of the photos of this adolescent are overwhelming so a ton, that I have saved them in my contraption.
Hans Grimson(non-registered)
Interesting information and well written Brian. I have a passion for Animals, photography and other passionate people. I have my eye on both of you and hold much respect as well. Looking forward to seeing and meeting you both in the arena of the most important and exciting dog sport on Earth. ☮️
Claudia(non-registered)
Beautifully written
No comments posted.
Loading...
Subscribe
RSS
Recent Posts
Laurie Schweizer, x3 National Champion Jessica Vampola, photographer A Tribute to Gazze von der kleinen Birke Ajay Singh, GSD Ambassador Frank Phillips IGP Renaissance Man Don't give up. Don't ever give up. Lee Hendricks & Kula. Ronny Burmer, National IPO Competitor Ivan Balabanov, The Road Less Travelled After a long break, I have a puppy: Desmo Jake Scott, International Certified Mondioring Decoy
Keywords
ipo schutzhund igp usca GSD german shepherd Dogsport wusv Brian Aghajani Malinois
Archive
January February March April May June July August September October November December
© Brian Aghajani Photography
User Agreement
Cancel
Continue