This is an interview with Francois Massart, a Ring Sport competitor with an exceptional journey and equally impressive achievements collected along the way. 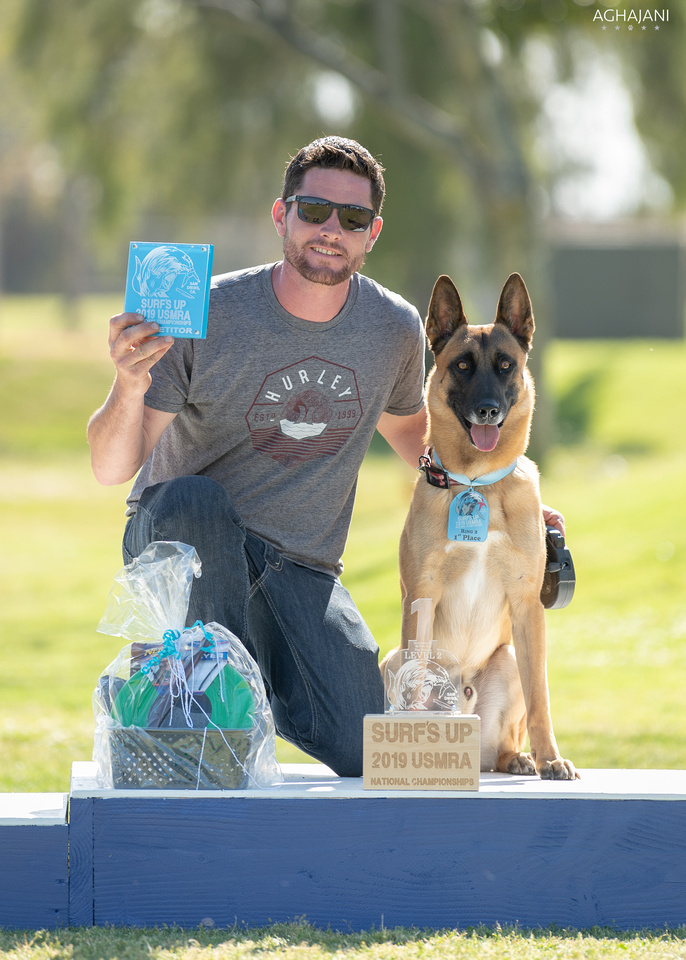 In the last 5-years I have photographed more than a thousand competitors at national or world level Dog Sport championships. Once in a while, a handler will catch my attention.  It can be for a variety of reasons:  brilliance of handling skills, a special energy of the team, handler/dog bond, and so on.  Sometimes I may not notice it at all at the event and only later, in the quiet of the editing studio, will I notice something special.  All the above applies to Francois Massart, who I have seen at two national Mondio Ring championships and it led to this interview.

Francois won the Level 2 class at the 2019 USMRA Mondio Ring National Championship with Layton Waltham Forest, a couple of weeks before I penned this piece.  I often say that earning a podium at a national Dog Sport championship represents skill, determination, time and money commitment on a scale that few can imagine. It will count as one of the biggest achievements in most people’s life.  However, Francois’ podium was only the latest addition to a string of impressive Dog Sport accomplishments.  He is also an accomplished Ring Sport decoy.  This last sentence is an understatement.

Francois was Raised in Grande-synthe near Dunkirk, France. His father Patrick Massart was an avid French Ring participant, competing and doing decoy duties with their local Ring Sport club.  His father was a big influence on Francois’ understanding of dogs and at age six he got his first try as a decoy. He wore a jacket and presented a sleeve for an experienced dog.  The impression it made would shape his life.

Patrick Massart advised his son against getting his own dog until he was able to handle the responsibilities.  This meant the age of 14 before he would be able to train his own dog.  François, fueled his fire working dogs, training with many of the clubs in France and then across borders.  He traveled all around Europe and gained experience and expanded his breadth of training concepts.  He would be influenced by the thinking approach and philosophy of a trainer named Olivier Roussel.  And then his mind opened to modern training in Finland with marking behaviors and operant conditioning. 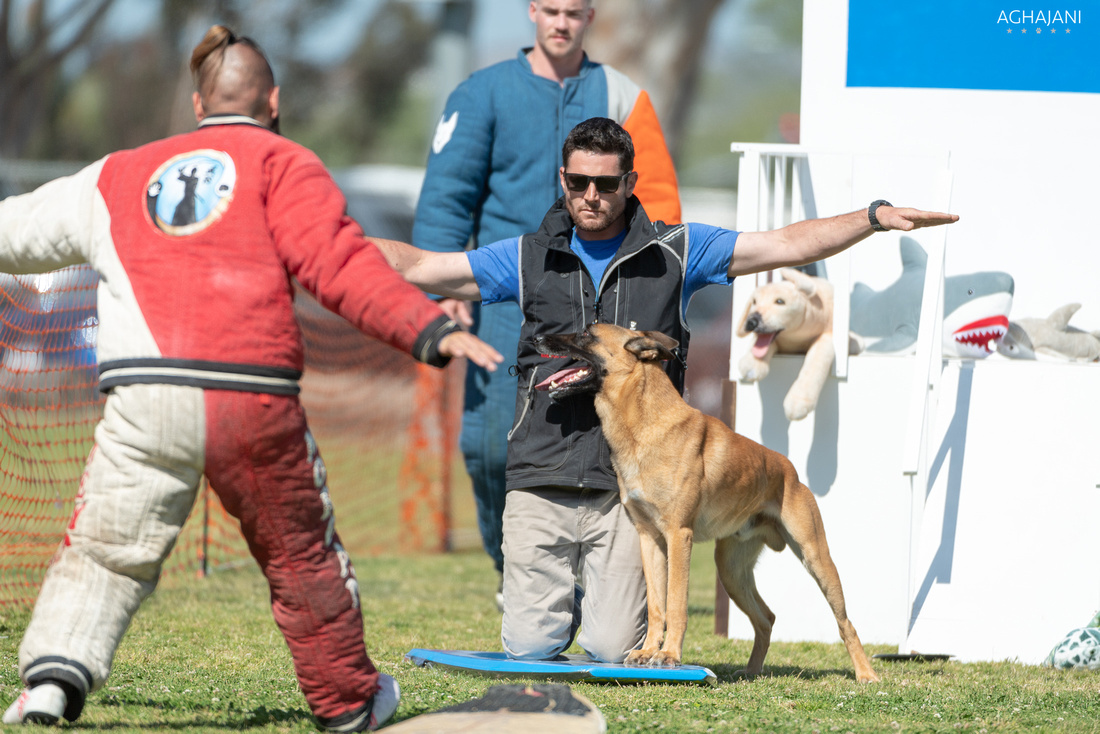 At 16 he got his first working line dog, a Malinois named Demos du banc des Hermelles. This was a quality working dog and Francois was eager to have his chance with his own dog. With this first dog he went all the way to the French Ring Cup ‘Quimperle’ in 2013 and they earned 10th place.

Between 2007 and 2015, he filled three helper score books with more than 100 Mondio and French Ring trials. Life was good.  Then in 2015 he visited Southern California for a training seminar and met his wife-to-be, Erene, who was also a Dog Sport competitor.  She was studying law in Florida and had come out for the seminar.  The friendship blossomed into romance and within a few months, they realized a long distance set up was building drive so-to-speak.

Francois made the decision to move to America, so he and Erene could be together. It meant leaving the life he knew in France, the training network, his livelihood and his family, for love.  But ahead was a life with his love and the possibility of a life uncharted. 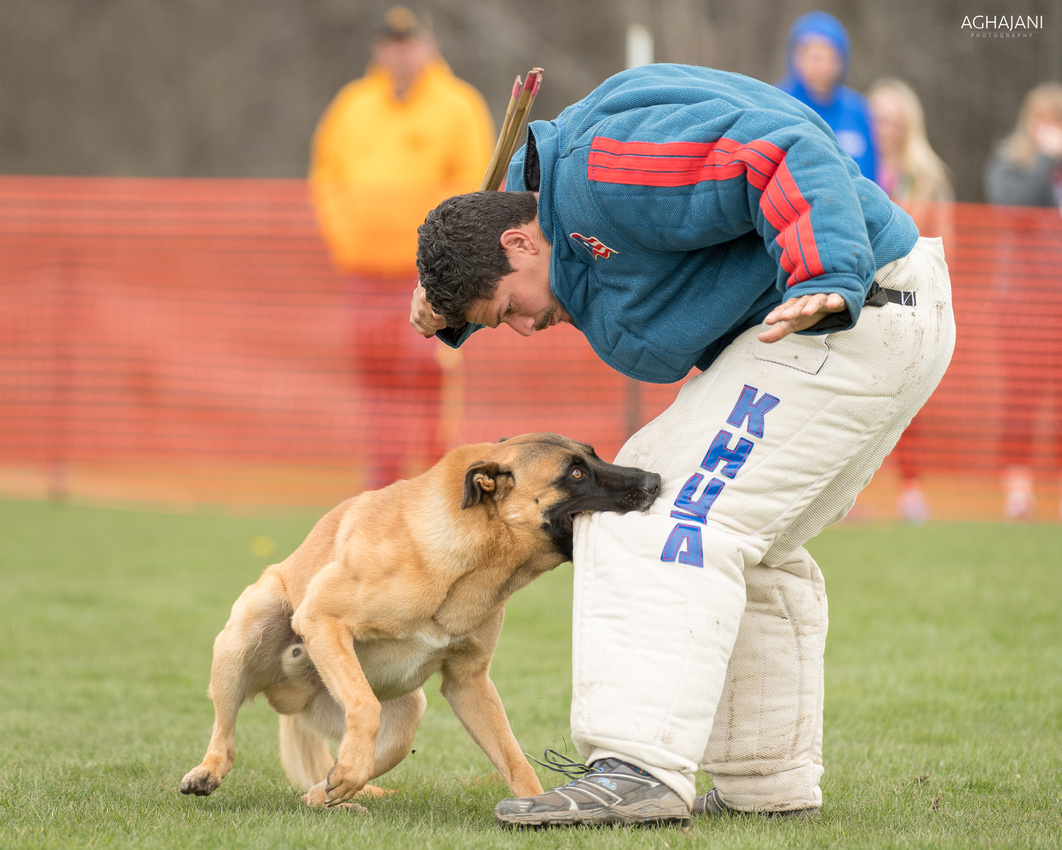 Francois’ father loved Dog Sport, but he felt it should be a pastime, not a livelihood, as it is very difficult to earn a living through dogs.  Despite the abundant respect Francois felt for his father, he believed it is possible. Erene felt the same, and shortly after she finished law school they settled in Temecula, California and opened Marvel K9, a boarding and training facility, and the couples’ full-time business.

They also founded Marvel K9 Ring Sport Club. This club earned 1st place Level 3 with Gene Baillif, 1st Place Level 2 with Francois, and 2nd Place Level 2 with Leanne Shinton at this event - a testament to the impact a quality training club and talented decoy can have on top level competition.  There was a common thread in the handlers’ style. A measured, poised calm that the three radiated. The dog/handler relationship was balanced and harmonious. The dogs delivered their potential. It was not just one, but all three that excelled. Marvel K9 Ring Sport Club won Top Club award. 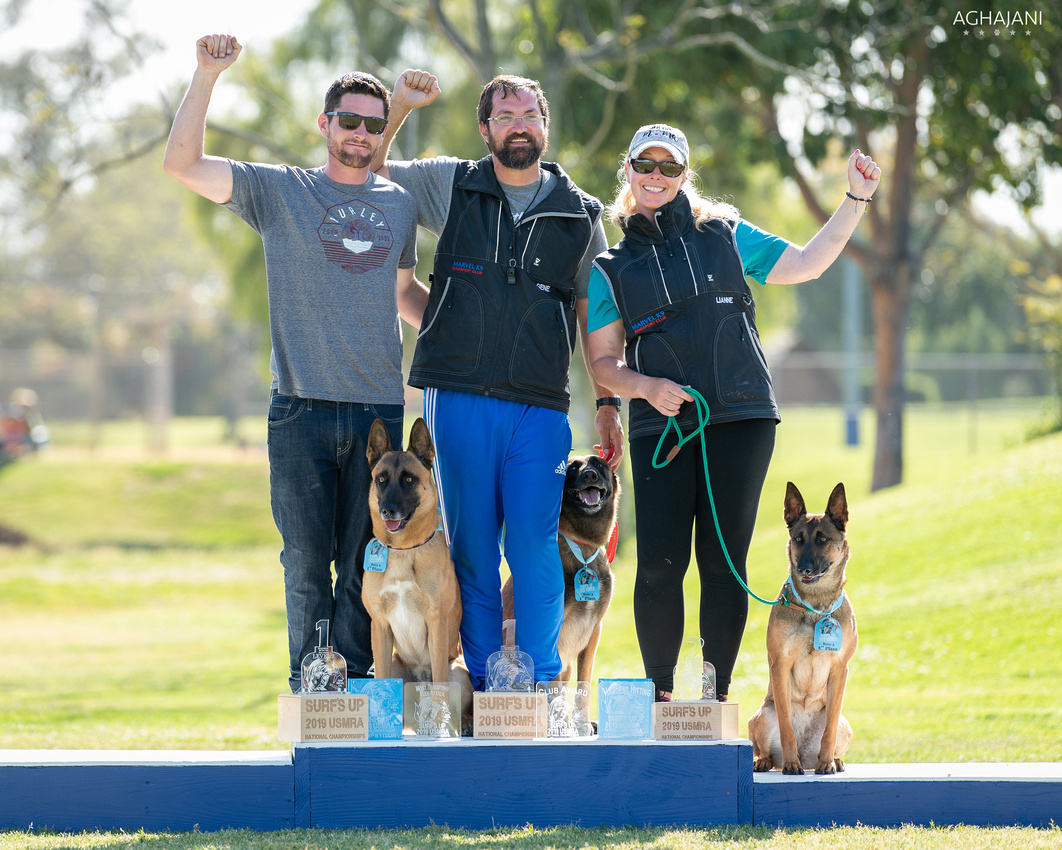 From putting on a decoy jacket at 6 years of age to meeting the love of his life and living out his dream doing what he loves. Dog Sport is not for everyone, but for those it touches, it can take you where you belong.

pol(non-registered)
Great interview with Francois Massart! It's inspiring to read about his journey and impressive achievements in Ring Sport. Keep up the great work!
buy an assignment online(non-registered)
Francois Massart is a French dog trainer and decoy, who has won the World Mondioring Championships four times. He is an accomplished trainer and decoy, but he is also known for his photography. His photographs of his dogs have been featured in several publications, including Dogs Today.Mondioring is a dog sport that involves obedience, agility, protection work and tracking. The protection work aspect is what draws most people to the sport. However, it's not a sport for everyone. This article talks about Francois Massart and his dogs, who have won the World Mondioring Championships four times.
taylor-cvs(non-registered)
It is said that she was butchered during the seventeenth century by a privateer ruler, yet weak to him was that she was the descendent from a long queue of witches. Continually on Halloween she raises from the dead and feeds upon the living, never seeing time has elapsed and reliably excusing what she is until she sees her first occurrence.
Norbert Bednar(non-registered)
Individuals in the general individuals perceive course virtuosos like educators similarly as standard. Students should visit https://www.checkpunctuation.com/free-punctuation-checker-tool/ to get more incredible ideas. This is in light of the fact that they are normally tended to as glorious occasions of rule models particularly for energetic individuals.
No comments posted.
Loading...
Subscribe
RSS
Recent Posts
Laurie Schweizer, x3 National Champion Jessica Vampola, photographer A Tribute to Gazze von der kleinen Birke Ajay Singh, GSD Ambassador Frank Phillips IGP Renaissance Man Don't give up. Don't ever give up. Lee Hendricks & Kula. Ronny Burmer, National IPO Competitor Ivan Balabanov, The Road Less Travelled After a long break, I have a puppy: Desmo Jake Scott, International Certified Mondioring Decoy
Keywords
ipo schutzhund igp usca GSD german shepherd Dogsport wusv Brian Aghajani Malinois
Archive
January February March April May June July August September October November December
© Brian Aghajani Photography
User Agreement
Cancel
Continue