After a long break, I have a puppy: Desmo

Before I took up photography as my main pastime,  training IGP dogs was how I enjoyed spending my most my free time.  Between the years of 2000-2008 I titled three dogs to IPO3 and one to an FH2.  I loved the process, the competition/community and the time outside working with dogs.  Eventually my dogs passed their prime and I reluctantly had to accept that it was time for them to retire so they could enjoy their senior years.  In the following years we enjoyed long walks and hikes but I still had the hunger for IPO.   I was living in a small apartment in Los Angeles at the time, and this made it impractical to get another dog.  Having two dogs already made my apartment choices limited, three would be impossible.  So I stepped away from the sport and spent time doing portrait photography and enjoying my two sweet senior GSDs.  Inside I still had a flame for IPO but I have a difficult time being a spectator in any activity so attending to watch training or events was more frustrating than satisfying.  This hunger for IPO was on one side, and occupying my spare time with photography of people on the other.  The two didn't mix until one day I got a crazy notion of photographing an IPO trial instead of people.  In 2014 I shot my first club trial in Los Angeles and later that year the USCA Northwestern Regional Championship. I had to rent the equipment since sports photography uses different instruments than that used for portraits.  I had a blast and immediately went out and bought the full kit of equipment and jumped in with both feet. I loved being on the field close to the action and telling the story through the perspective of the lens.  The  journey has taken me to countless cities around the world and more memories and amazing photos than I ever imagined. A puppy was just not in my plan.

Fast forward to October 2018 WUSV in Denmark.  I am having breakfast with Frank Phillips who was competing on the USA team before heading to the stadium to shoot the event and he is excitedly telling me about an upcoming breeding of Kliff vom Floyd Haus to Demi Malabig who is an Extreme Orex Aykmar daughter.  This catches my full attention as Kliff was one of my all time favorite working dogs. I'm not sure if it is because of the Kliff factor or the way that Frank is talking about it.  Either way, there are moments when plans change in an instant and this is one such moment.  Before breakfast I did not have owning working dog in my future, and just like that I had to have a working dog in my future.  I spoke with T. Floyd (who happened to also be competing on the USA team) night back at the hotel and got on the list for a puppy from this litter.  For a long time after the passing of my last to dogs I felt my heart was just not ready for another dog.  I always told myself I would know when it was the right time.  That morning I decided it was time.

The puppies were born on February 23, 2019.  Heartbreakingly, Kliff died shortly after. We were stunned. It was a devastating loss for Frank and the working dog community.  This is a link to a tribute to Kliff, be forewarned you will need a box of Kleenex. I cried that day and my heart broke for Frank’s loss.  I already felt a Kliff puppy was my inspiration to resume IPO training, but Kliff’s passing made it made it feel like this was meant to be.  I took delivery of Rosso vom Floyd Haus, aka “Desmo” on May 2 at the USCA Working Dog Championship.  I was nervous and excited as I put him on my lap.   Who knows what the future will hold, but I trust the journey will be wonderful. 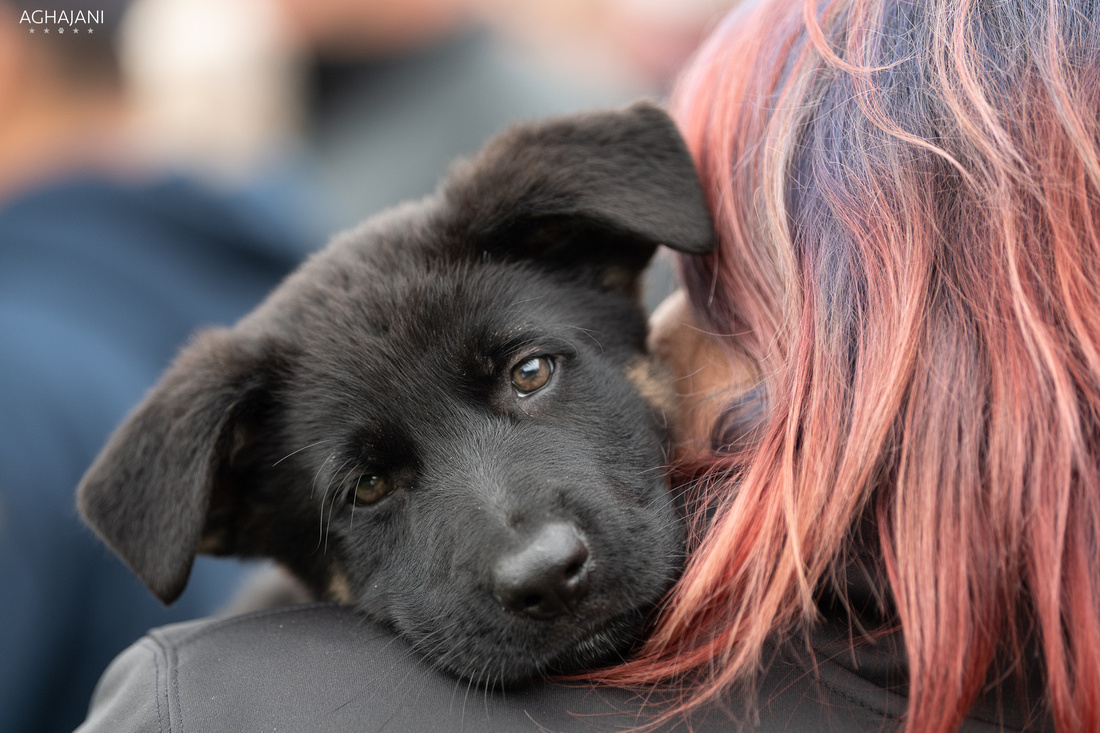 I started browsing my catalogue for photos Desmo’s pedigree.  While most people will look to the internet, I get to look up my catalogue of 500,000 photos.  So happens I have his Sir, Dam, and two of his grandparents, captured in all their glory competing in championships.  Please allow me to pay homage to the wonderful bloodlines. 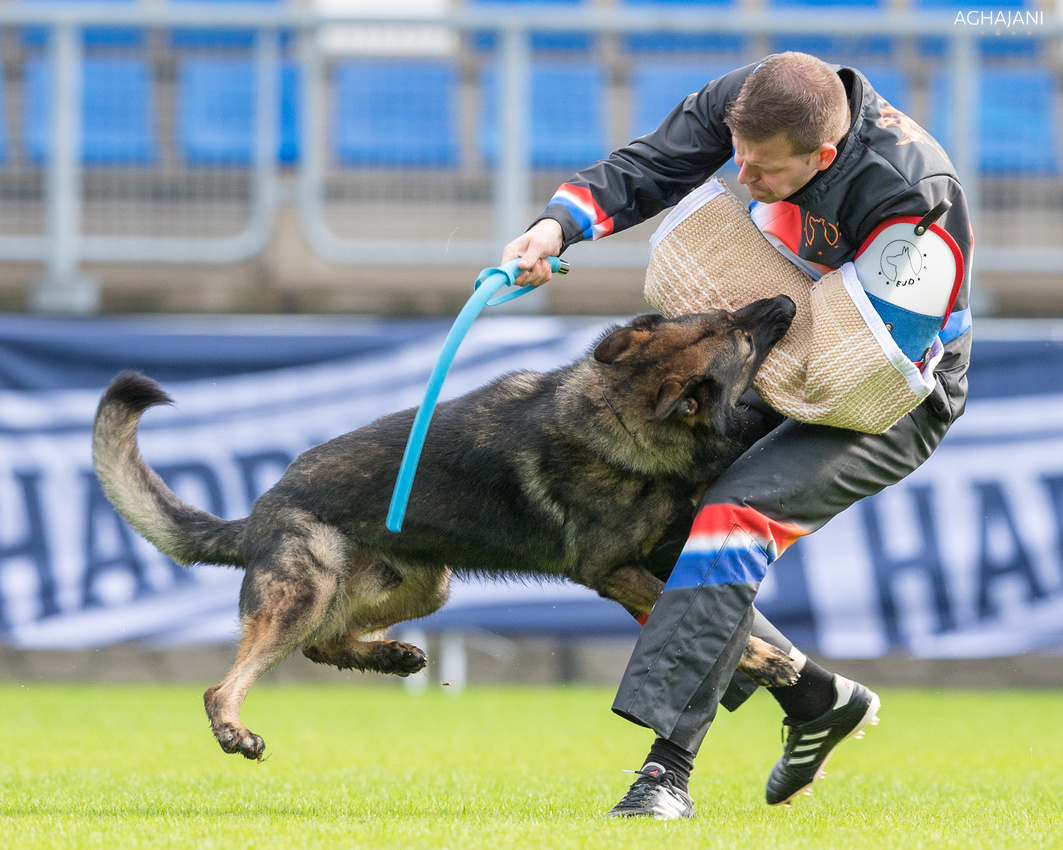 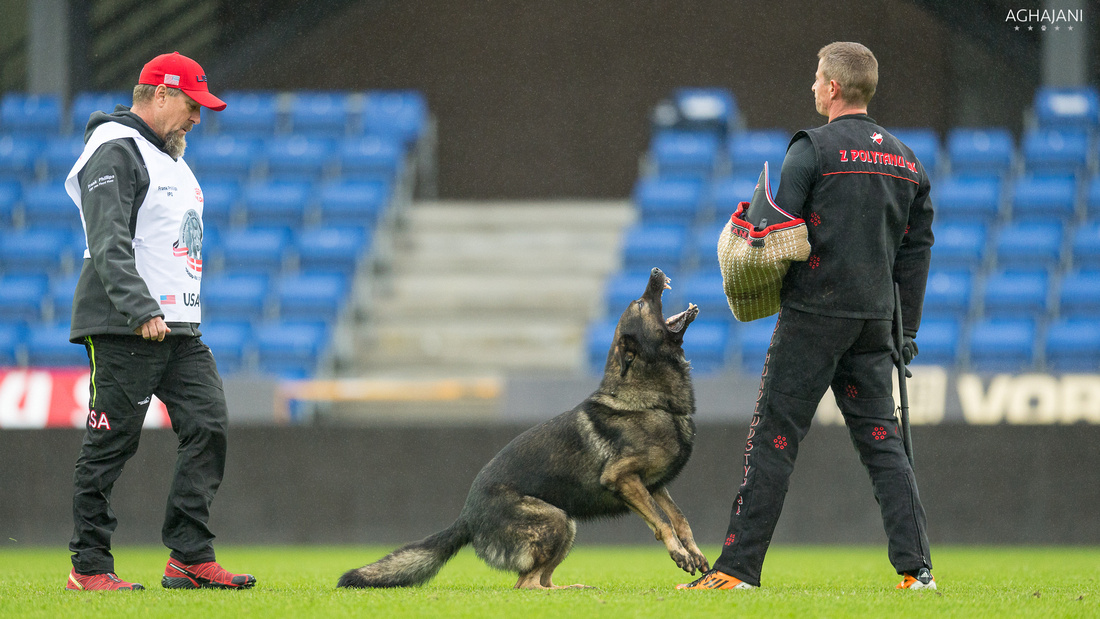 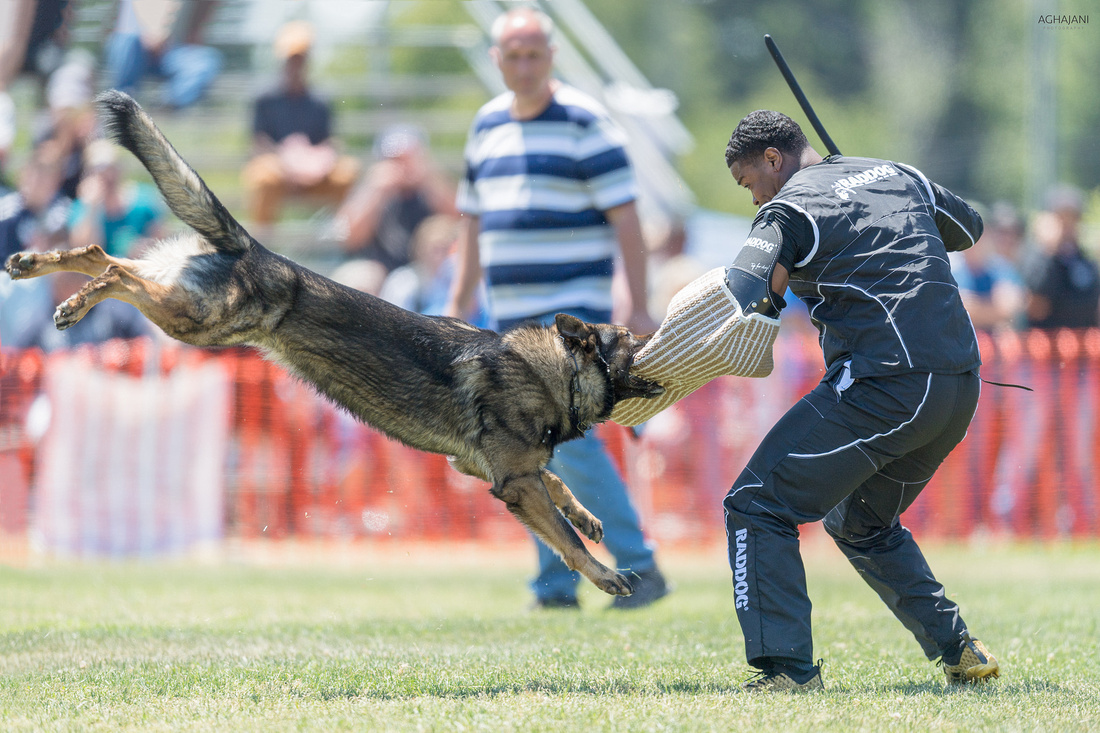 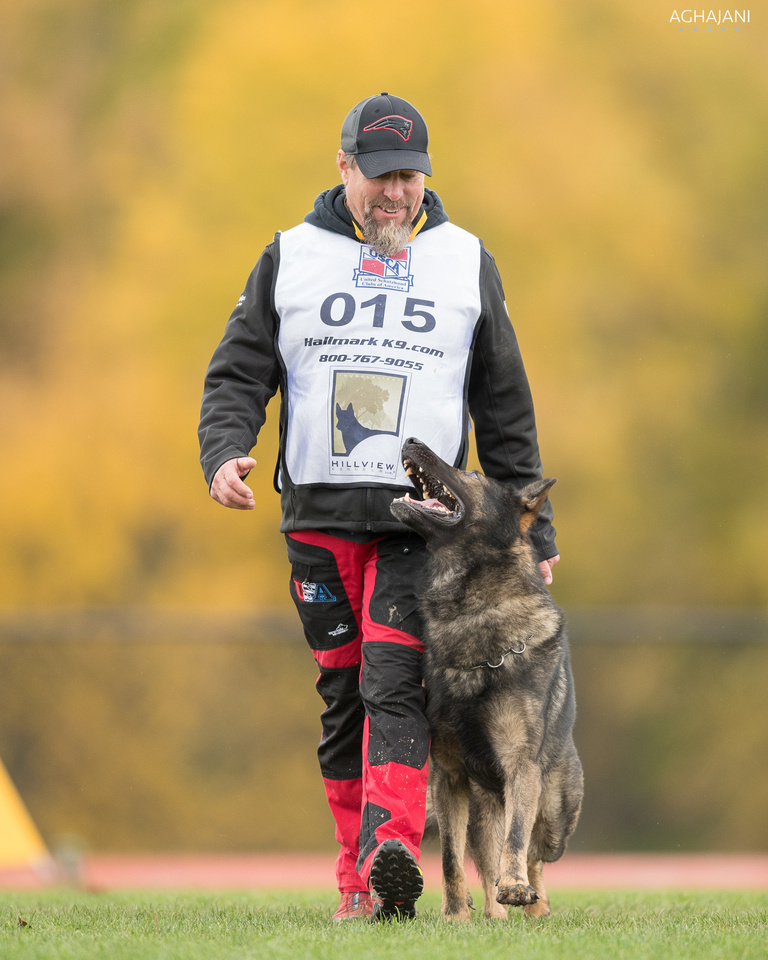 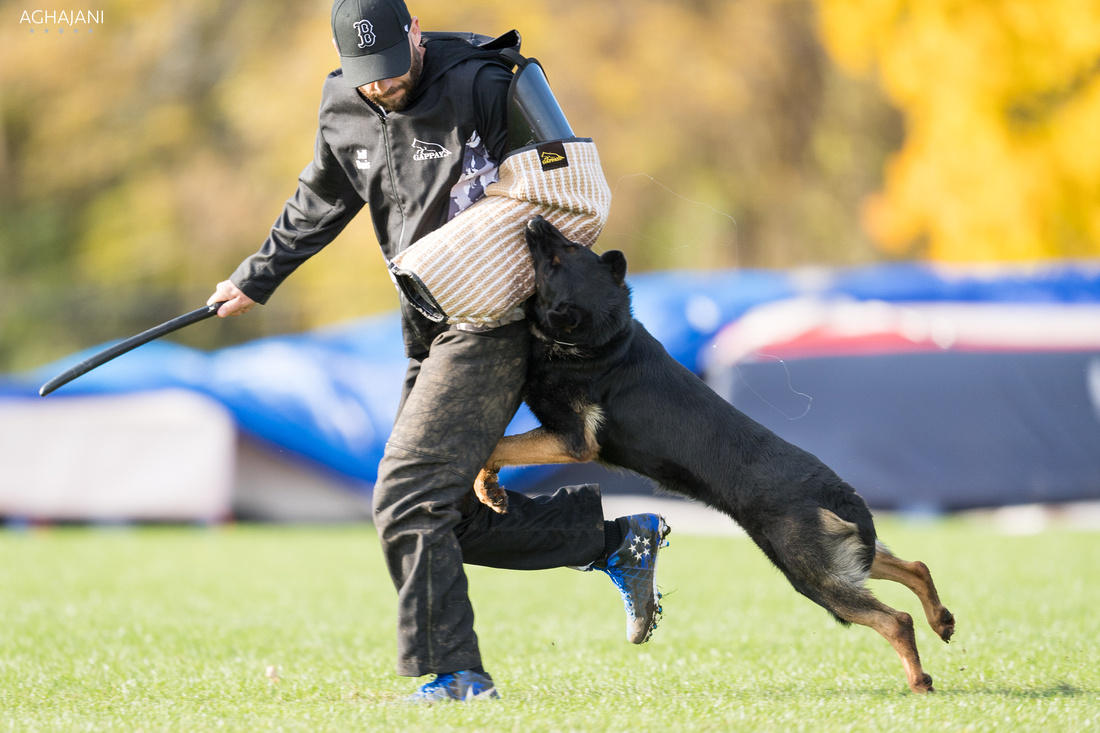 Demi Malabig in the attack on handler out of back transport. T. Floyd on left. Helper Jeff Davis. 2018 USCA Natioanal IPO Championship in Pittsburgh, PA

Demi von Malabig stand out of running at the 2019 USCA National IPO Championship in Pittsburgh, PA. 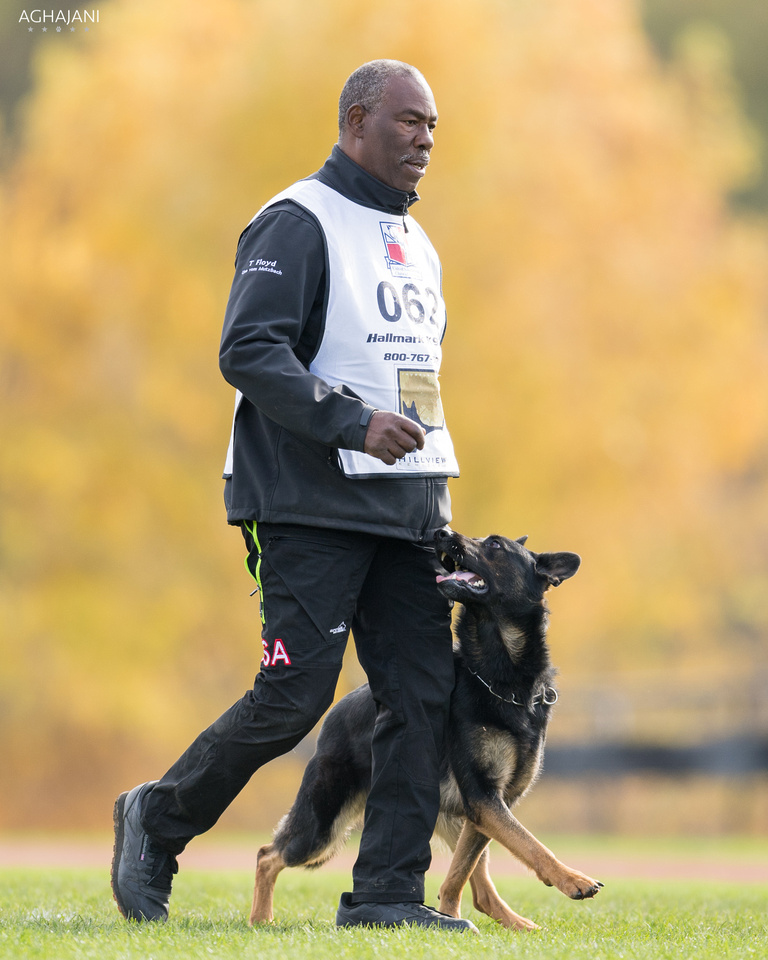 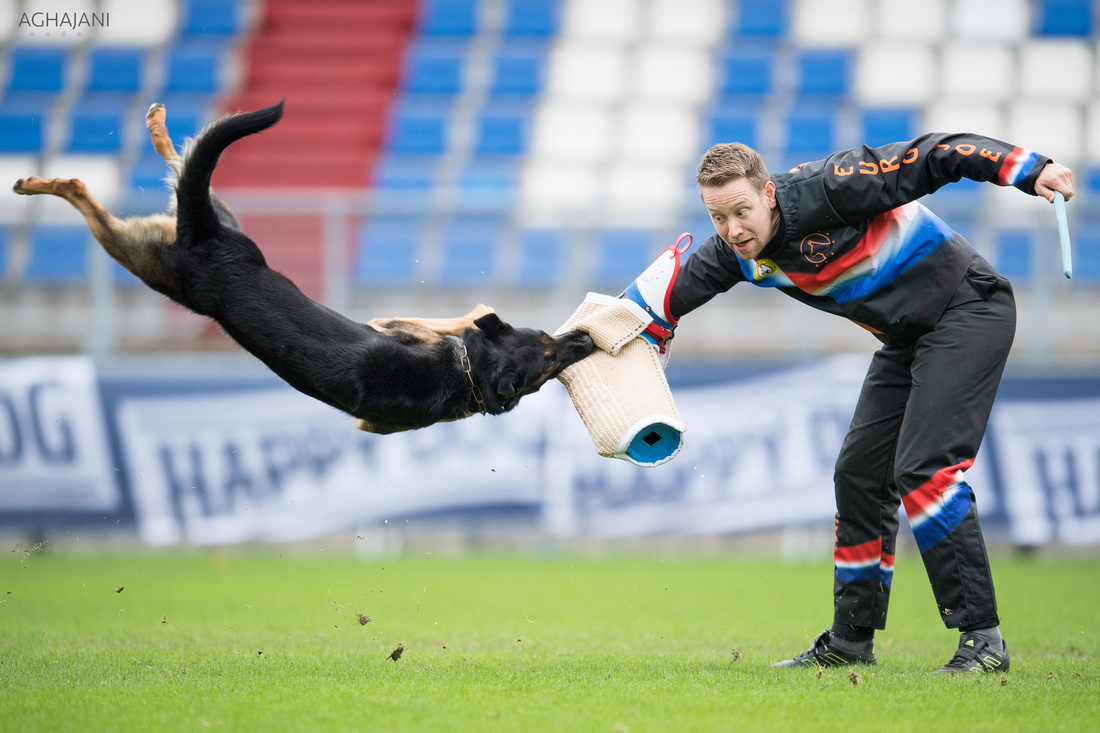 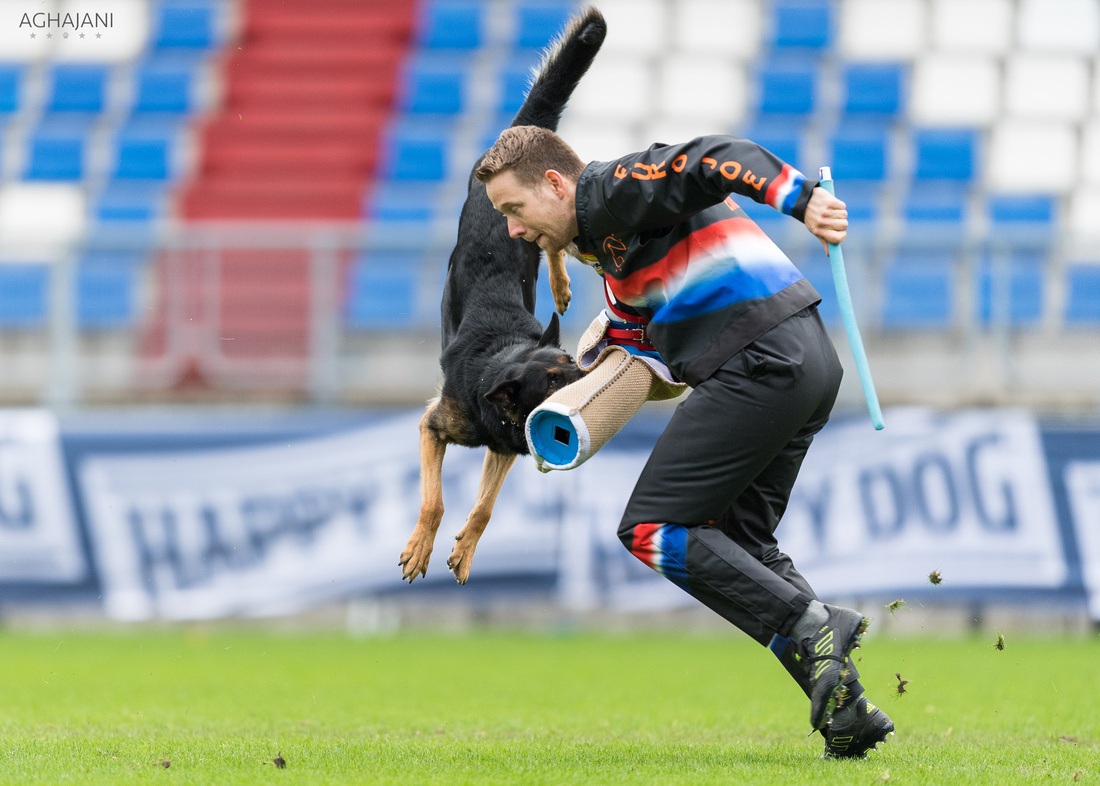 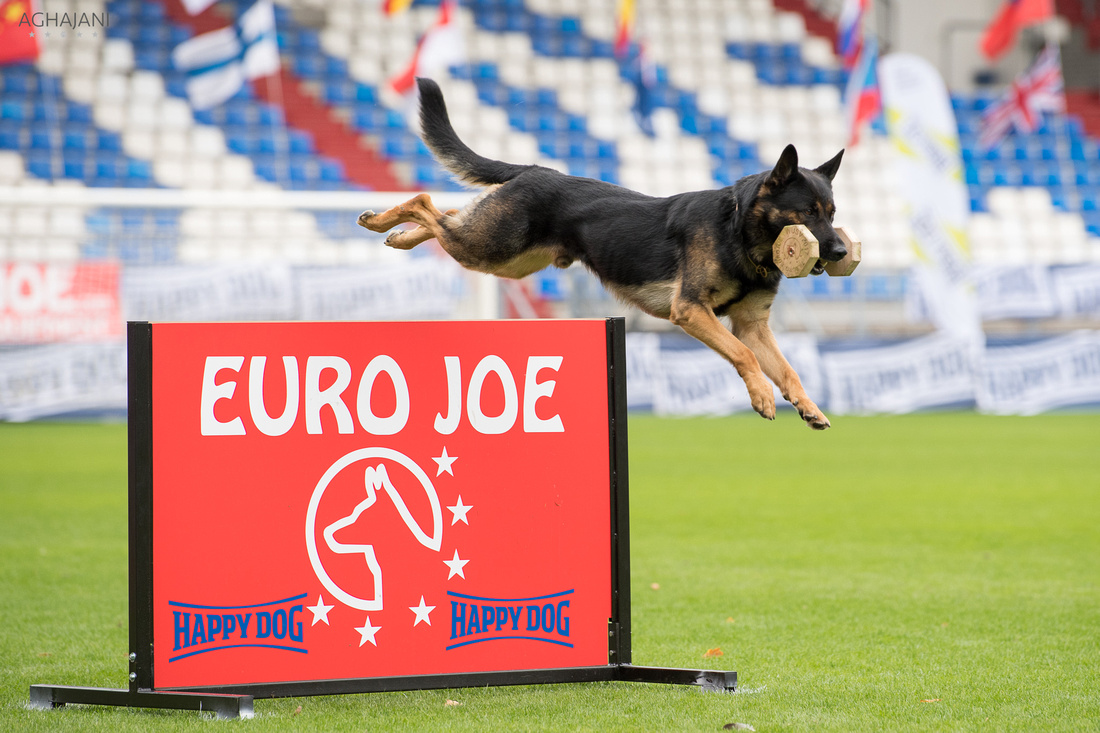 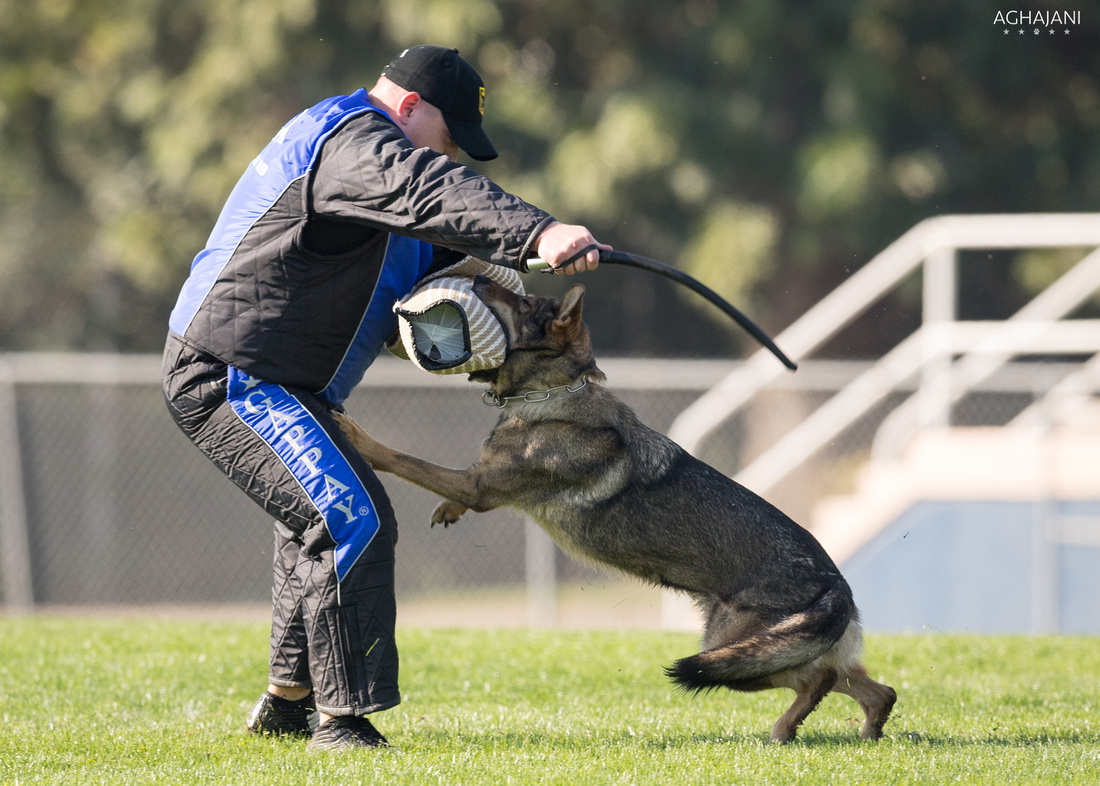 Hilda vom Floyd Haus defends attack on handler out of back transport at the 2016 USCA National IPO Championship in Merced, CA.

Hilda vom Floyd Haus during the escape of the helper Adriel Linyear at the 2017 USCA National IPO Championship in Pittsburgh, PA. 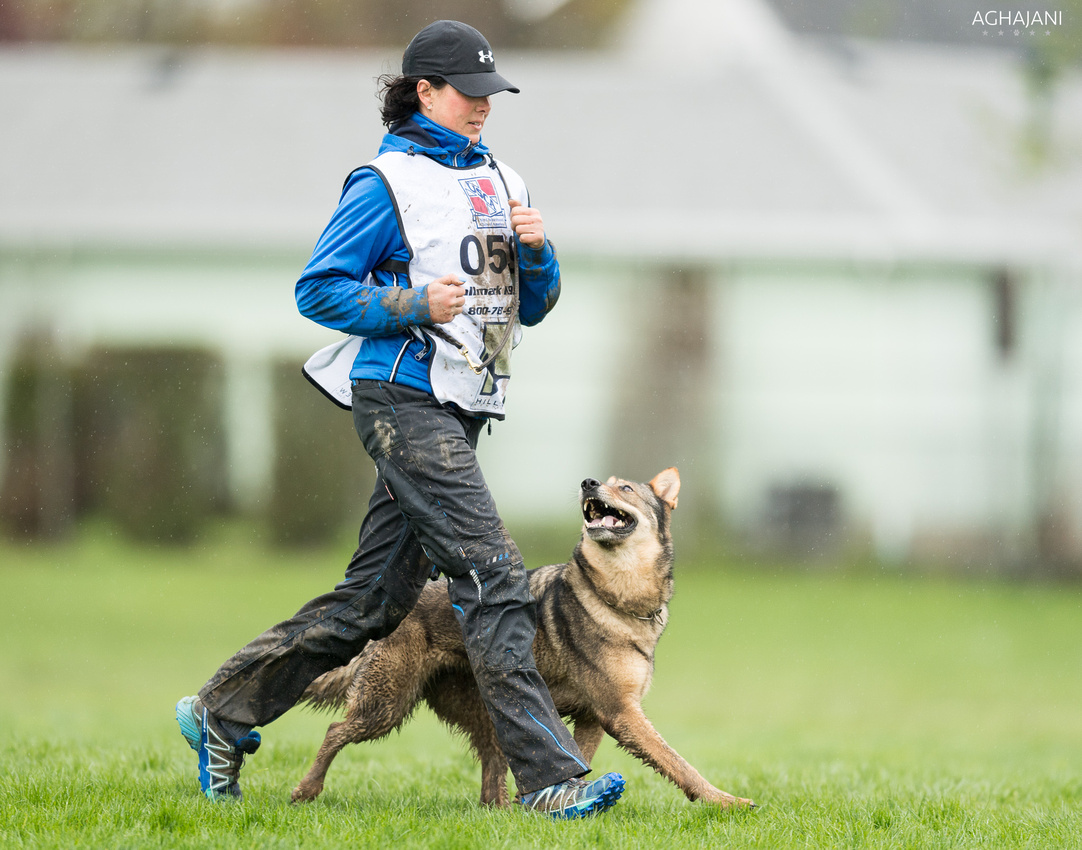 Little Desmo- your time will come. We will be patient and  enjoy your puppy years.  Your forefathers have left their mark. Your little paws have some big footprints to fill.  This will fun....anyone know a photographer that can capture our journey??

Danald Wilkins(non-registered)
Agree with you that you make it sensible in all the ways.
Dee Rogers(non-registered)
Congratulations on the new family member. Enjoy every moment. Seven months have flown by in "Kosmos"/Panther Vom Cooperhaus' life and "bad photographer" most of the documentation is on iPhone.
Denise A Caputo-Cuenca(non-registered)
Beautiful lineage. Desmo's mother points her toes like a ballerina. His grandmother is fierce. Their muscular form and tone is breathtaking. No other breed of dog brings me to tears like the "German Shepherd." I think of God designing such a regale breed of dog for mankind. They guard like no other. Their bodies are like "art."

Enjoy your new puppy Brian. Please take in every moment you spend with Desmo and keep it locked in to your memory. In honesty, it isn't the pictures that bring back thoughts of my beloved dog, Bella Sophia, it is the smells and texture of her that stirs my heart. Since she passed a year ago, whenever I smell popcorn, I think of Bella's paws. I massaged her feet every night before bed and I will not forget the first time I smelt "popcorn" from touching them. It makes me laugh. Her thick coat between my hands, her heavy cowl around her neck, her black bear paws, and glistening canine teeth and her GSD "whine" will never be forgotten.

So in closing, I'd just like to remind you that pictures aren't always our best memory source for our loved ones or even our favorite moment in time. It is within the silence and present attention we give to our pets, that live with us forever.