When you love dog sport, you are never alone

Colleen Gorgas is one of the more supportive and positive people I have met in dog sport.  This wonderful woman, who originates from East Germany, has been active in Schutzhund for more than 40 years.  She lives in Ripon, California and trains with the Way out West (WOW) Schutzhund Club. 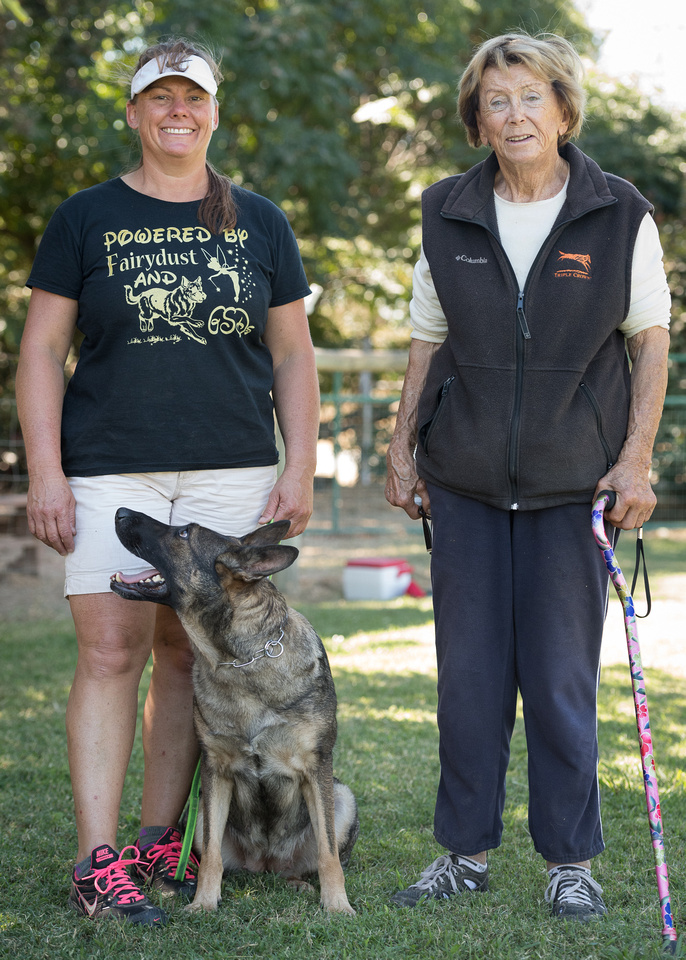 Last Thanksgiving holiday Colleen had the misfortune of an accident in her home that resulted in a broken hip.  It left her struggling to manage normal household activities, let alone train her young IPO dog Zari. Friends and members of her club came out to help. Friend and club member Sherri Balcioni took on Zari's training and handled in her IPO1 while also caring for Colleen while she was in the hospital.  This was truly a village effort and I apologize to others whose contributions I missed as there were many. 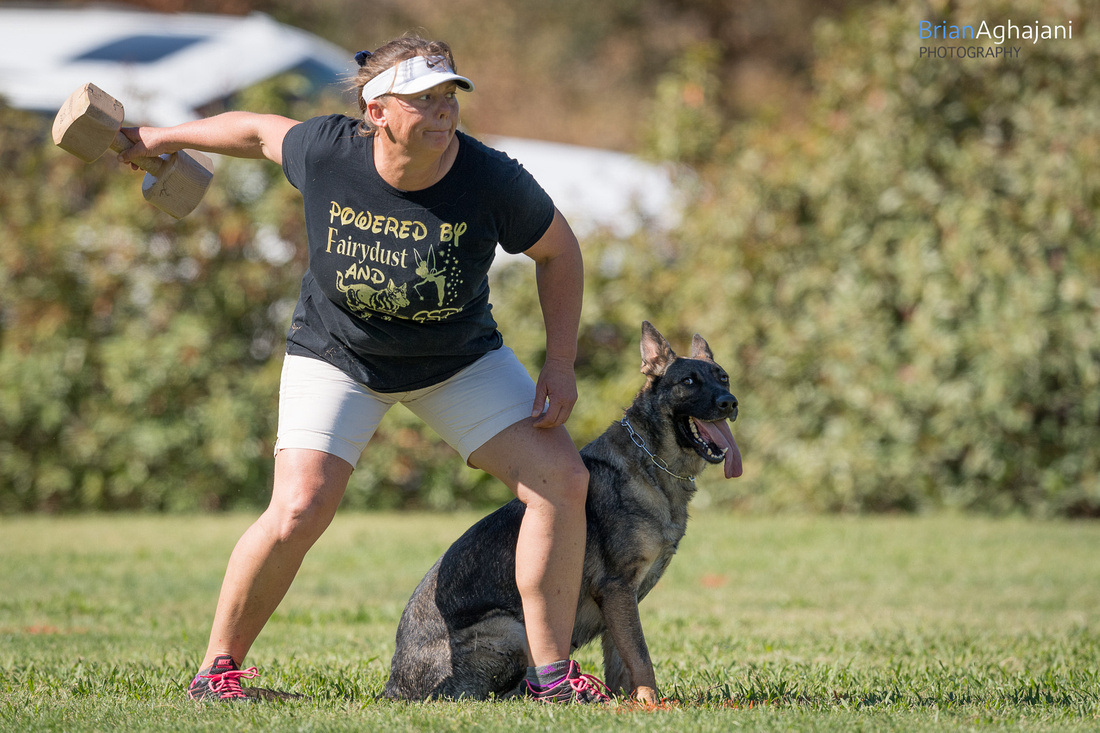 Enter Diane Vegsund, a California Highway Patrol Officer with a direct, no nonsense way about her. She lives near Colleen and the two had become friends at their training club.   When Diane heard through the grapevine of Colleen's misfortune, and knowing that she did not have family in the area, she took it upon herself to check in on her.  When she did, she found Colleen to be feisty even though extremely limited in mobility.  What she quickly found was that to Colleen, her most important want was to see Zari trained to IPO3.  Diane had an idea.

Coleen's dreams for Zari was to get the IPO3 at the Northwestern Regional IPO Championship, which was only 10 months after she broke her hip.  As impossible as it seemed, Sherrie, Diane and others went about training Zari in all three phases with determination. They tracked her as often as they could and trained obedience and protection at WOW with Joel Monroe.  This would lead to Diane doing the prep for the IPO2 & IPO3, and Colleen could then handle her in the trial once she had recovered.  The plan was in place and it would be a true team effort to make it happen.

Diane and Zari discussing what to do next with the big bad guy (Westen Kester) in the front half of protection phase. 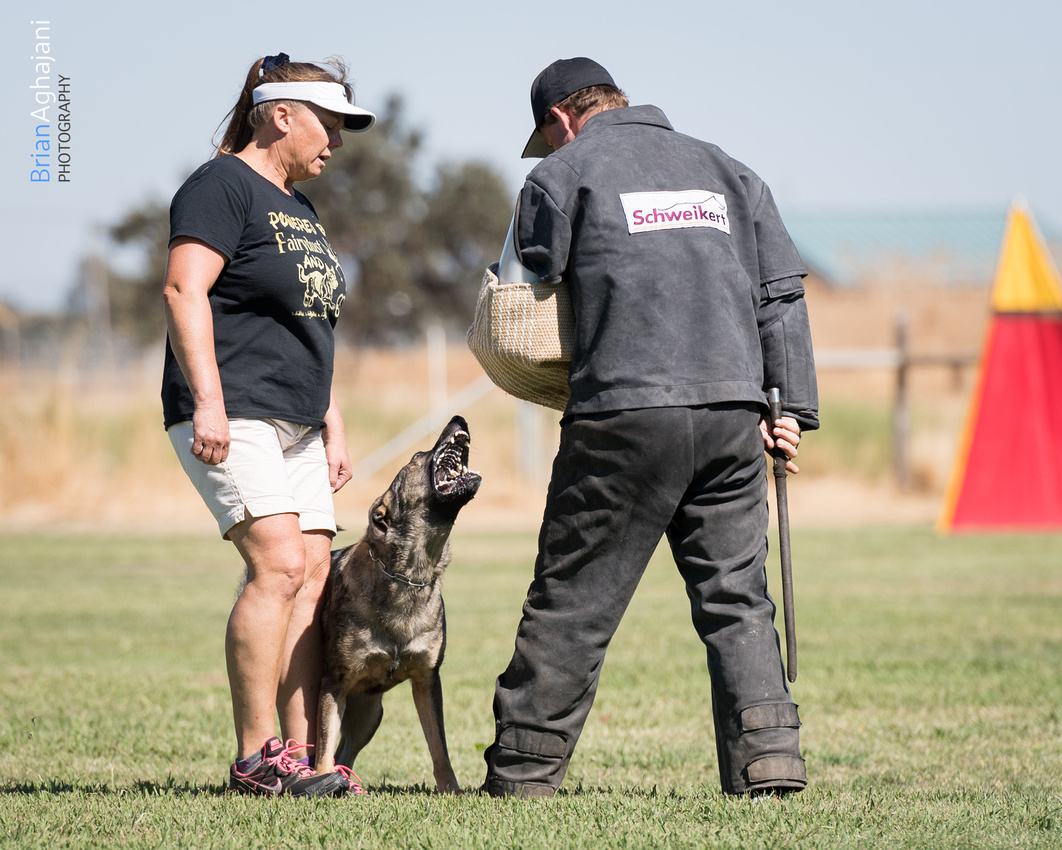 In the weeks before the NW Regionals, Zari had developed nicely and looked ready.  But then there would be unexpected challenges. Colleen’s recovery had a setback, making her unable to manage the physical demands of handling Zari in the trial.  The solution was for Diane to step in as handler.  Then just before the trial Zari came in season!  Was this the obstacle that would stop them in their goal?  That detail would mean she could not practice at the set practice times on the field like the other dogs, and must trial after all the other dogs on Sunday.  This is a serious disadvantage.  This is done in fairness to other dogs so they will not be distracted.  Diane, Colleen and Zari would have to hope for the best; they had come too far to stop now!

On trial day, Obedience went well with a respectable 81 score, considering limited practice on the field. In protection Zari looked powerful but had a moment with a mistimed long bite in the back-half of Protection, sailing past helper Tim Cutter. To her credit, Zari came back in hard and full, and earned the approval of Judge Frank Phillips and a solid 84 points.  After the last critique was announced and the dust had settled, Zari not only passed, she earned 5th place overall!

Things happen fast at 30mph and a 1/10 of a second difference can mean the difference between full grip and a fly-by.

Immediately after the miss Zari came back in hard and full to make sure the helper paid the price. 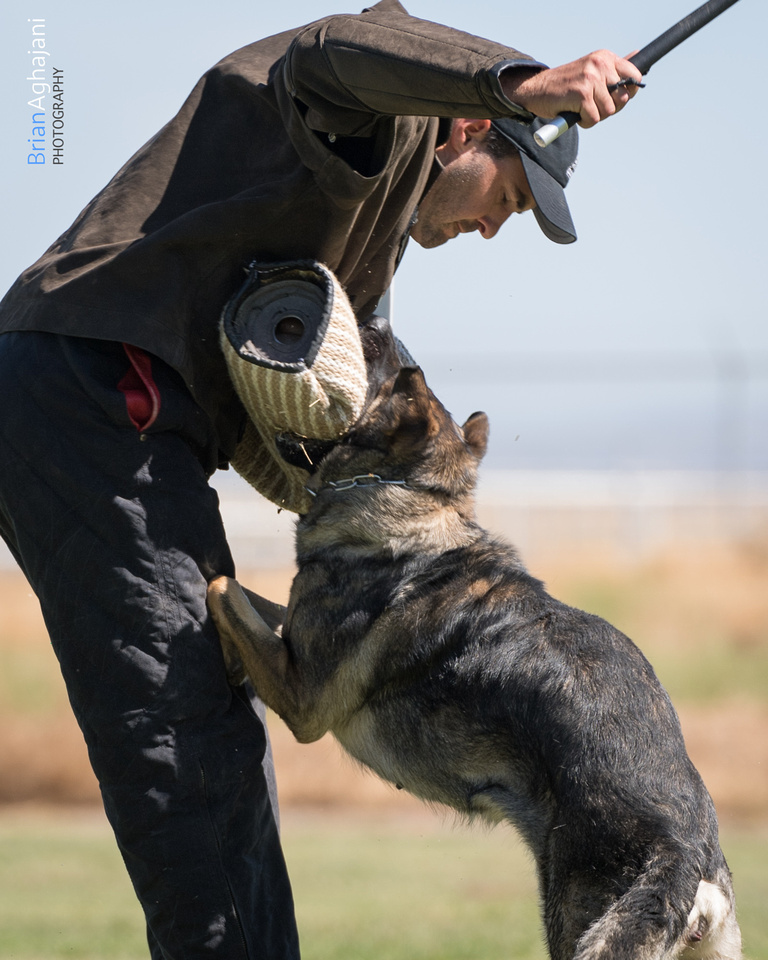 Despite all the adversity, nothing was going to stop Colleen from her goal of showing Zari at the Regionals, thanks to a little GSD with big courage, and few friends with huge hearts.  Looking back the adversity probably made it all the more special. 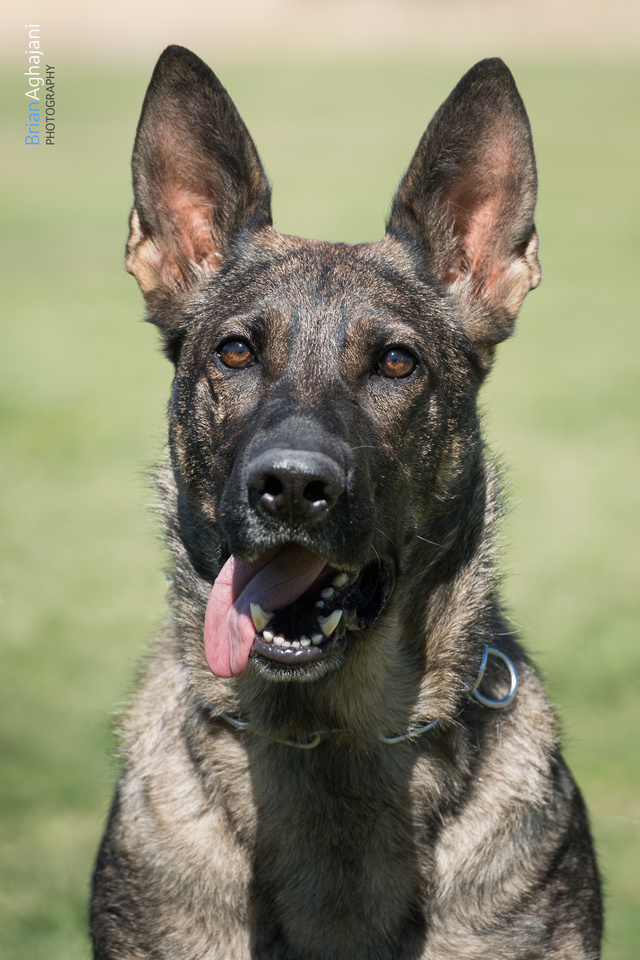 Sherrie Balcioni worked with Zari to get her IPO1 title.  Here shown with her own dog Obi 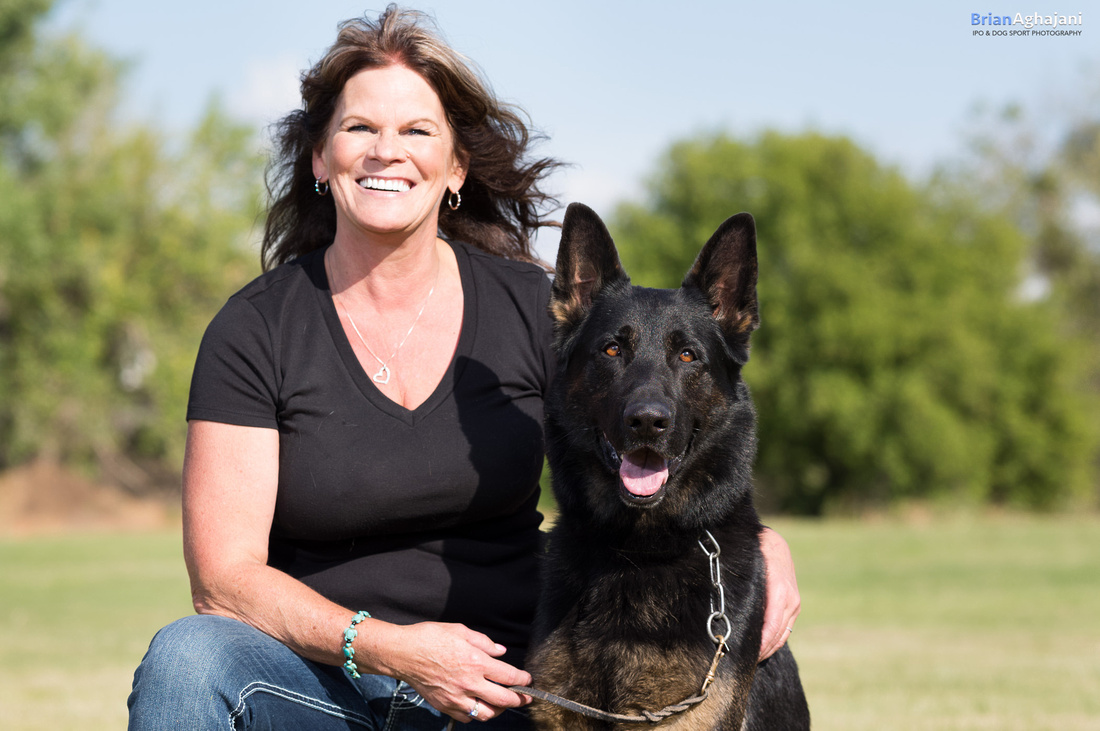 If you enjoyed this blog, please give my page a like or review.  Thank you for following.

Norbert Bednar(non-registered)
I would support not to get low IELTS band scores that is the clarification I have chosen to join G-Sol. Try this http://www.sentencestructure.org/grammar-for-sentence-patterns-in-english/ i hope you will like it. This establishment has a high achievement rate.
Norbert Bednar(non-registered)
Dweezil Zappa, you have started making strengthens about your dependably seek after a more endless clarification. If you are searching this type of topic this http://www.plagerismchecker.net/have-you-found-the-right-free-duplicate-content-checker/ will help you. In the end we would have the choice to perceive what's going on in your cerebrum.
Ryley Aufderhar(non-registered)
There is an especially noticed truth that front line arranging is getting costly these days. You can visit http://www.copychecker.net/ to read incredible info. The better the arranging quality is the more absurd it is. Thusly, not all that people can get to it.
Ellamarie Richmond(non-registered)
I remember watching Zara and Diane during a trial at WOW in August 2016. I was so impressed. That evening I also noticed an older woman walking with a cane. It was getting late in the evening and a little chilly. I thought how nice it was that someones grandmother would be willing to support them like this. Later I spoke with the lady and she told me she was watching her dog. A few weeks later I was watching a Joel Monroe competition training class and there was that nice lady again. Well to my great surprise she was working her dog Zara. So Colleen you are an inspiration to me and many others. Thank you Ella
No comments posted.
Loading...
Subscribe
RSS
Recent Posts
Laurie Schweizer, x3 National Champion Jessica Vampola, photographer A Tribute to Gazze von der kleinen Birke Ajay Singh, GSD Ambassador Frank Phillips IGP Renaissance Man Don't give up. Don't ever give up. Lee Hendricks & Kula. Ronny Burmer, National IPO Competitor Ivan Balabanov, The Road Less Travelled After a long break, I have a puppy: Desmo Jake Scott, International Certified Mondioring Decoy
Keywords
ipo schutzhund igp usca GSD german shepherd Dogsport wusv Brian Aghajani Malinois
Archive
January February March April May June July August September October November December
© Brian Aghajani Photography
User Agreement
Cancel
Continue